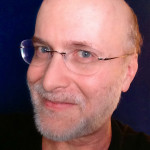 In this line of work, I look up a lot of things. On my way to finding them, I run into a lot of other pieces of info, and simultaneously accumulate some of my own random thoughts and musings. Here I’ve curated 25 of them, in hopes that a few might not have dawned on you. I invite you to add your own in the comments.

2. People will usually exaggerate when they tell you the number of hours they work, their weight, or the amount of time they spent studying while they were in college.

3. Some readers aren’t aware of the difference between an editorial/review and a feature article. Hint: One has opinions in it, the other strives to be more objective.

4. Video editing was once only possible in million-dollar editing suites. Now, even YouTube’s browser-based video editor could have been used to edit a major motion picture such as the classic Citizen Kane.

5. If the music at the beginning of a movie sucks, the movie probably sucks.

6. Those who understand statistics feel safer flying in a commercial airliner than driving a car, and feel like chumps when gambling in Las Vegas, which is a monument built on the misunderstanding of probability.

7. Beware of making important decisions while angry: If you get mad, your IQ goes down about 30 points until you cool off.

8. The years seem to go by faster as you get older because each passing year is a lesser percentage of the total years you’ve lived.

9. Guys with receding hairlines hear quite a few bald jokes, which are rarely all that funny, but people with missing limbs don’t hear many missing-limb jokes, which aren’t too funny, either.

10. Watching football has an entirely different meaning for those who have actually suited up and played this excruciatingly violent game. Watching it on TV, it’s remarkable how well one can remember exactly how it feels to be hit from various directions and velocities. Tip for those who haven’t suited up: The helmets and pads don’t help that much.

11. Even if a medication has no effectiveness whatsoever, if a person believes it works, it will work for that person 50% of the time.

12. Current weather forecasting technology is not accurate enough to predict what the weather will be a week from now. The meteorologist is hoping that by days six and seven of that seven-day forecast, you will have forgotten what the prediction was a week ago.

13. The 180-day school year is based on the Agrarian calendar, where farm children were expected to help tend to crops during summer months. It’s going to be difficult for our young scholars to compete in a global economy against other students from highly developed nations such as Japan and Germany, which have school years that exceed 240 days of attendance.

15. As people get older, characteristics of their personal appearance tend to become inverted. For instance, instead of brown hair and white teeth, their hair turns white as their teeth turn brown. Lucky for them, these particular characteristics can be modified. However, most characteristics of aging can’t. Yet.

16. During the holiday season, there are many songs that gleefully mention how wonderful snow is, how we are going on a sleigh ride, how desirable it is to have a white Christmas, and how Jack Frost nips at your nose. But then in the frozen predawn murkiness before a work-filled Monday morning, the foot of snow on the driveway blocking the path of a commuter’s vehicle quickly erases all of that misty romanticism.

17. If you’re accustomed to wearing a watch and one day forget to wear it, you quickly realize how much you actually used that watch, noticing yourself glancing at your bare arm more often than you ever would’ve imagined.

18. Although the “Founding Fathers” of the United States are often invoked in political discourse, few of these propagandists actually take the time to study the nation’s founders, their religious beliefs, their opinions, and their states of mind when they created the Declaration of Independence and the Constitution of the United States.

19. Although teamwork is emphasized in current corporate culture, writers usually need the opposite of teamwork — they need silence and lack of interruptions. For them, a more productivity-enhancing strategy involves incentive-based individualism and isolation, with occasional meetings to brainstorm ideas and coordinate the efforts of the team.

20. Even though first impressions are always important, they’re especially crucial when trying to impress shallow people who tend to make snap judgments based on insufficient information.

21. Disingenuous politicians often invoke children to further their political agendas. Trying to convince the public that a certain policy will benefit children is an often-used and easy shortcut for propaganda-mongers.

23. Usually when you’re opening the box containing a new gadget you’ve purchased, there are pangs of remorse and doubt about whether buying this object was a good decision. More often than not, you’ll think something is not working properly when the real problem is you haven’t read the instructions yet.

24. Most people wish they could play a musical instrument, but few are willing to endure the long practice sessions necessary to master such a specialized task. Beyond that, the percentage of the population that actually has any musical talent at all is probably in the low single digits.

25. Censorship is OK with a lot of people, as long as they get to do the censoring.