Is this Keizus Quadrapod a smartphone mount, a tablet clamp, an indestructible action figure, a furniture polish or a dessert topping? Remove the last two from that list, and the answer is yes.

Responding to the popularity of the ubiquitous Joby GorillaPod, the Keizus universal clamp can be configured in countless ways, holding up a smartphone or tablet at whatever angle you desire.

Seems like a good idea, and I like its whimsical anthropomorphic design. Its makers apparently think its indestructibility is one of its most important attributes, and as a result, created a video that I think is positively delightful.

Watch the Keizus pitchman’s antics as the accelerating BMW M3 makes mincemeat out of the poor GorillaPod — while the mighty Keizus Quadrapod emerges unscathed.

If I’m not mistaken, our protagonist has a Russian accent, and he is so charming. He reminds me of a cross between the character Vince Masuka (played by the inimitable C.S. Lee) on Dexter and Chekov (play by Walter Koenig) in the original Star Trek series and movies. 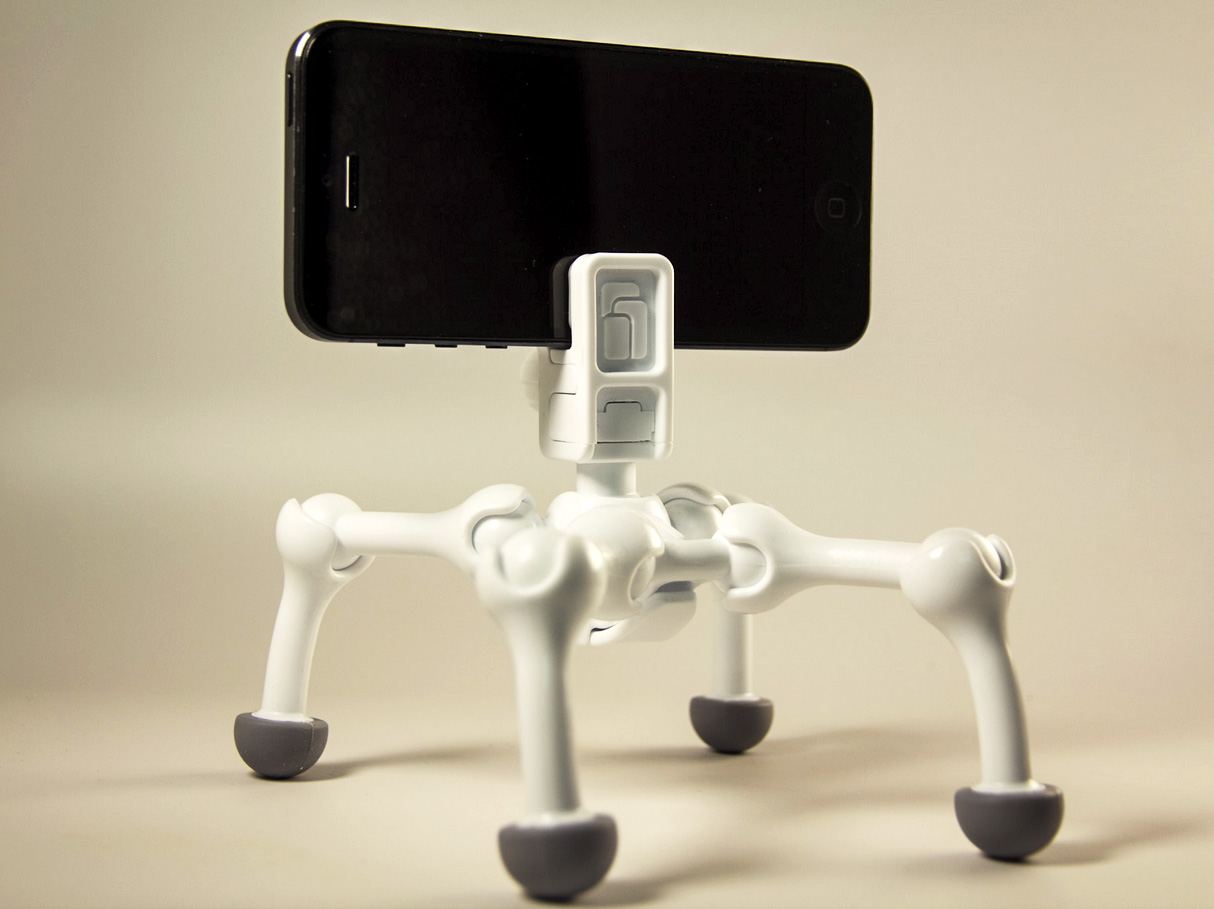 That my dear readers, is entertainment. And it’s also a smart way to sell a $39.95 smartphone mount. Bravo.