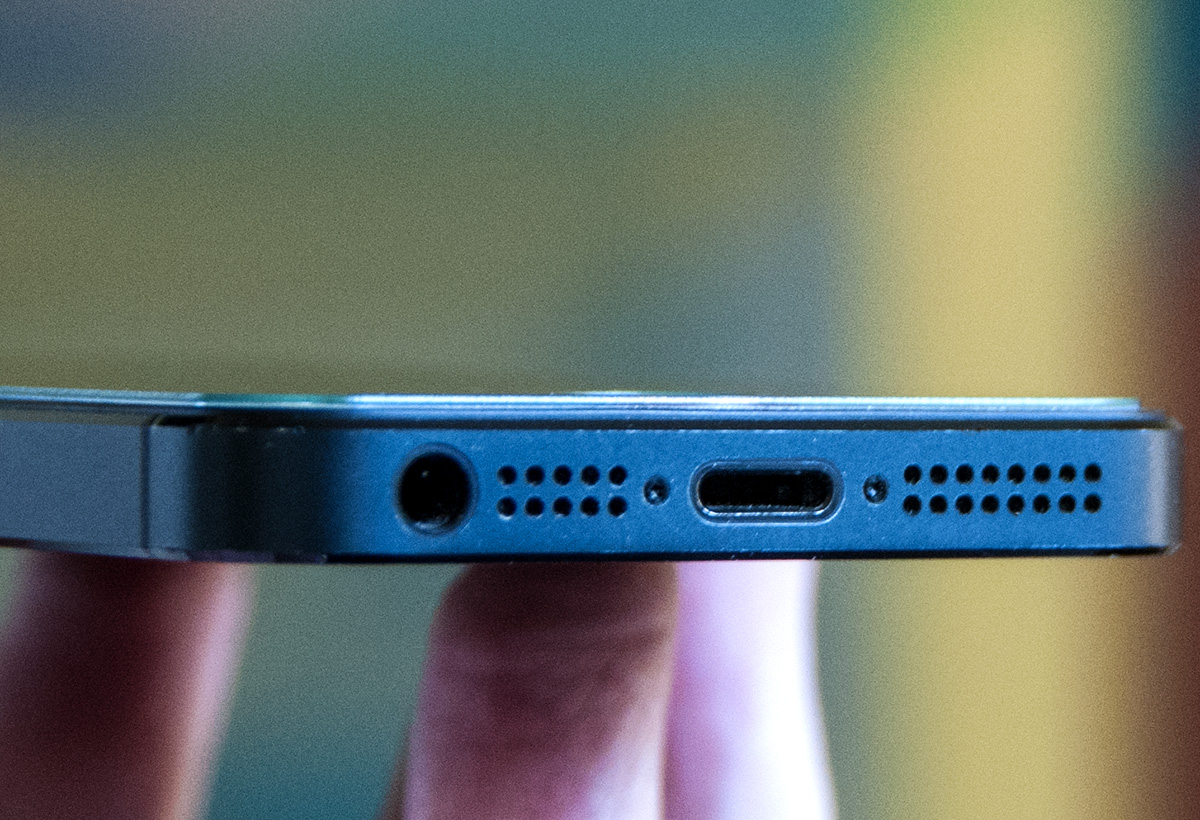 It seems a shame to put a case on an iPhone. As soon as you put a cover on it, Apple designer Jony Ive’s exquisite attention to detail suddenly becomes invisible. The Bodyguardz Screenguardz Pure is not a case, but a hardened piece of tempered glass that sticks onto the iPhone’s screen. Can it protect the screen without obfuscating the iPhone’s iconic design? To find out, I slapped the $39.95 screen protector onto my iPhone 5.

Placing this second piece of glass directly on my iPhone’s screen (there are also versions for most other iPhones, the iPad mini, Samsung Galaxy S4 and HTC One) required serious precision. Making it easier is a suction cup included in the box, and once you’ve taken off the adhesive backing, you can precisely lower this 0.4mm thin millimeter glass onto the iPhone screen.

It gets a little more challenging then, because you must remove the air bubbles captured underneath. However, after a slight struggle, I was able to coax the amoeba-like shapes out from under the edge of the screen (except a couple of stubborn ones, which I’m still working on).

There’s also a sticker included for the iPhone’s Home button, which is a challenge to apply as well. But once those tedious tasks were completed, I took a close look at the result.

It’s wonderful. If you didn’t know there was a protective screen stuck on top of this iPhone, you wouldn’t be able to tell. When using the iPhone with this hyper-thin piece of glass on top, it’s exactly as responsive as the iPhone is without it. It’s every bit as smudge-resistant as the iPhone’s oleophobic coating. The only giveaway is the Home button, which is slightly recessed even with that Home button sticker attached. Even so, it was easy for me to get used to it.

That brings us to the purpose of this screen protector: Will it help your screen survive an unscheduled trip from your hands to the pavement? I wasn’t willing to risk sacrificing my iPhone 5 for this review, but I’ll update this post as soon as I drop my iPhone — again. Judging from past performance, it won’t be long now.

I’ve seen several reports that this extra piece of glass does its job, protecting the screen in most instances. It stands to reason that an extra layer of glass might keep your iPhone screen from shattering. It could be costly to get that fixed if you’re not a do-it-yourselfer who can replace an iPhone screen. A new screen is at least $149 in some “select” Apple Stores, or it could even set you back $229 to replace the damaged phone.

Sweetening the deal is the company’s promise that if you do break this screen, it will replace it for $12.95. That sounds a better to me than dropping $229 on a replacement phone.

This is the first screen protector I’ve tried that I would actually use. Usually, when I review a case or screen-protecting product, I remove it from my phone immediately after the review, but this time, I’m keeping it on. As someone who loves to carry an expensive baubles like an iPhone — but has an aversion to cases — I’ve set up a challenging conundrum. The Bodyguardz Screenguardz Pure solves this problem.