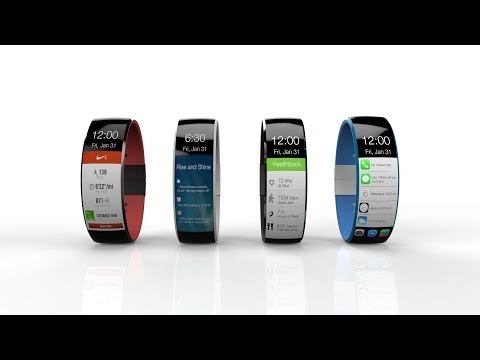 Apple’s reportedly been working on the iWatch for years, and now the rumors are starting to heat up again. YouTuber Fuse Chicken fired up a 3D CAD program, did some serious rendering, and came up with this educated guess about what the highly anticipated wrist iPhone might look like.

I think this iWatch could be breakthrough product for Apple. It could be especially helpful for those with short attention spans, who only want to read headlines and tweets, or need just tiny bits of information throughout the day.

Doubling as an exercise watch (and thousands of other as-yet-unforeseen uses), if its auto-fitting band and auto-leveling video are part of the final design, this could be another gadget that changes the world.

But don’t get too excited about this concept video. Fuse Chicken is guessing just as much as anybody else is.